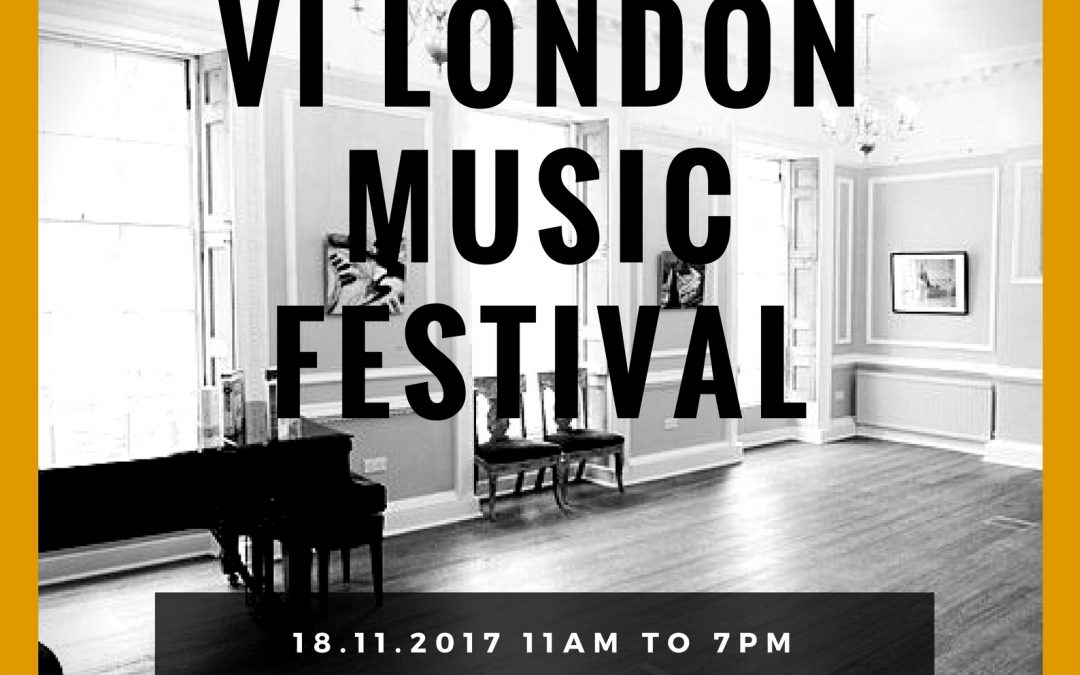 Since 2013 we are organising music festivals destined for remembrance. We started at the elegant Burgh House / Hampstead Museum, we continued at the famous and trendy Arts Club 1901 and now we reached the established Pushkin House. Pushkin House was the former house of the Earl of South Hampton until 1960 when it became the main hub for Russian culture in London. The most amazing Russian piano talents have been introduced into London Piano society since 1960. This November 18th at 7 pm, WKMT hosts its bi-annual music festival in this fabulous and traditional venue.

The festival is divided into three slots: two children concerts and one adult concert. We will have greetings first, followed by the participants’ performances and ending with professional concerts in charge of WKMT teachers.

Gianmarco Romiti, our movie director, is specialised in recording classical musicians in action. He has recorded Margherita Torretta, one of the best young Italian piano talents, at fantastic venues including the Villa Reale in Milan. The art of recording pianists and musicians is a very special one. In order to make the videos appealing, the professional should invest a considerable amount of time in understanding the acousmatic behaviour of the musician in question, his or her interaction with the particular environment the recording is being recorded at and the way in which the audience can be integrated into the picture as a beautifying factor.

Most of our WKMT members can participate as performers at this event without having to pay any extra fees. For those not counting with a comprehensive package, we offer the possibility of purchasing their participation either online at http://www.wkmt.co.uk/wkmt-london-music-festivals or by calling our office at 02071014479 Monday to Sunday 9am to 9pm.